I remember reading (not sure where) that >95% of the population of Sudan & Egypt live on <5% of the land… and not surprisingly that land is the thin green ribbon that borders the mighty River Nile.

Flying from Istanbul to Khartoum, we flew over Turkey, Cyprus, Egypt and Sudan.  We flew (more or less) in a straight line along the Nile.  At night, that ribbon of lights was easy to track as it meandered underneath us.  Sometimes disappearing over the horizon as the river traces the “Great Bend”, and sometimes shining brightly below. 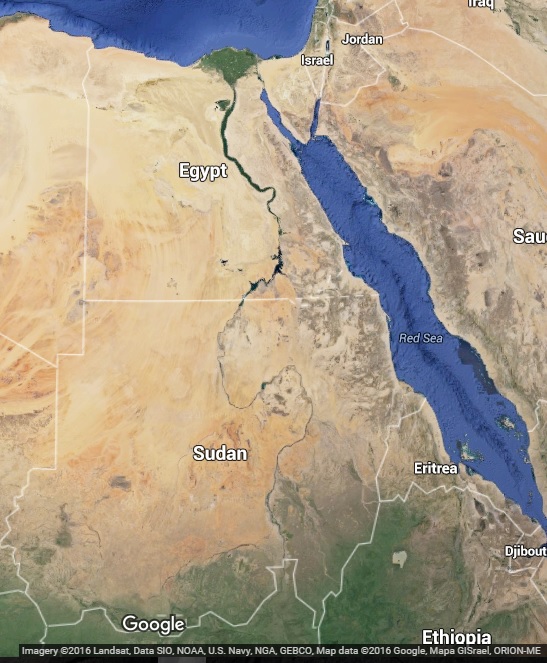 Everything else was inky blackness, only the stars gave a clue where the earth ended and the sky began.  All of that life (humans, animals & plants) beneath us, all of it dependant on the fertile waters of the Nile.  I tried to take some photos, but they didn’t turn out.

Something that we struggle to explain is how dependent Sudanese people are on the Nile, and how frequently they must interact with it.  Islam requires that people pray five times every day, before they pray they must wash.  Washing takes place either in the Nile, or with water collected from the Nile earlier.  With that frequency of exposure, comes increased risk.