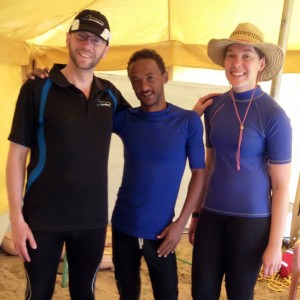 I’m sitting here, not really sure how to write this blog.  I’ve just had a voice message from Mai (our Project Coordinator in Khartoum) telling me about an incident a few weeks ago.

The person involved was Husam, who is one of our Beach Lifeguard Instructors, and Aquatic Survival Instructors that we trained in March this year.  I’m going to write it in (more or less) her words….

Husam was working at a swimming pool in Khartoum.  That day, his job was at the swimming pool reception, counting people in and out.  It was a very busy day, and the pool was open for a general fun swimming session.  The pool was very crowded.

A man came to him, and said that he thought there was a body at the bottom of the deepest part of the swimming pool.

Husam rushed to the poolside, to look into the water.  He saw the person at the bottom, and he thought it was horrible and frightening.  Then he remembered his training.

Husam dived into the water, and brought the person to the surface.  With the help of some other people, the drowning man was brought onto the poolside.

He tilted his head back, and checked for breathing.  He did not feel or hear any breathing.

He did five mouth-to-mouth rescue breaths.  On the fifth breath, there was still no response.

As Husam started to perform chest-compressions, he noticed the casualty trying to breath.

The casualty coughed, and vomited.  Husam immediately turned him away to clear his airway, and placed him into the recovery position whilst checking his breathing.

After some time, they helped the man to a room at the swimming pool to rest for a while.  They told him to go to hospital.  His cousin was with him said that they would go to hospital.

Three days later, the man contacted Husam to tell him that he was OK.

That is pretty much word-for-word what Mai told me. A text-book resuscitation, done by one young man, to save the life of another.

It is a really strange feeling to sit here, and think that this man who I don’t know would be dead… except he isn’t.

Husam stopped someone from drowning, because of the skills learnt in training with Nile Swimmers.

Nile Swimmers could deliver that training because of support from the Princess Charlene of Monaco Foundation and donations from people like you. 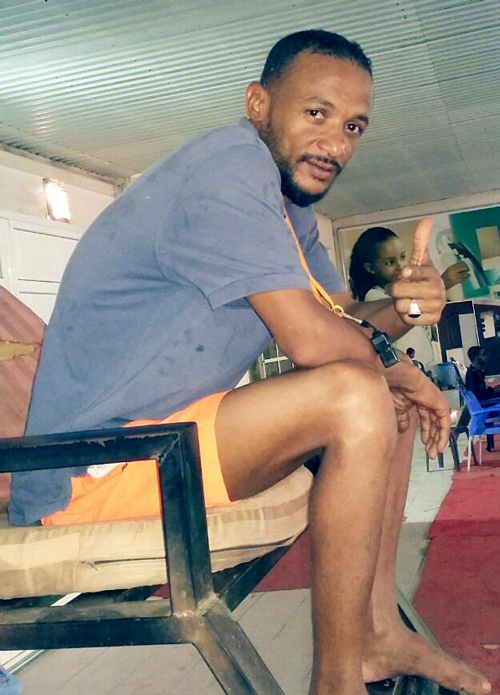 There is a family in Khartoum somewhere that is not mourning the death of a loved one, because of that long chain of support.

Simple skills save lives.  Thank you for your support.